The signs of the end of this Age are everywhere. Many fear that the recent pandemic that has swept across the globe is just a forerunner of even worse plagues to come, which will cause far more death and destruction. And the way things have been looking in recent years, those folks aren’t far from the truth.

The corruption and wickedness of human society has metastasized to the point that it most certainly has become a reeking stench in the nostrils of the Lord, the holy God of the Bible. Indeed, it is only a question of time before, in his love and mercy, He brings down the final curtain on the sin-sick depravity that afflicts humankind. 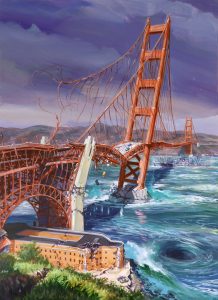 dence that — like the pains of a woman about to give birth — waves of earthquakes, volcanic eruptions, extreme climate events, and a variety of strange and seemingly inexplicable natural phenomena have begun to strike the planet with increasing frequency. It appears that in nearly every way this earth and its inhabitants are on a runaway train that’s headed straight for a cliff — on a ride from which there is seemingly no escape.

Fortunately, our heavenly Father is not in the least bit “surprised” by the devastating turn of events which will soon engulf the entire planet, for our Sovereign Lord dwells outside the dimension of time and its inherent limitations. As the Bible says, He sees “the end from the beginning” (Isaiah 46:10), which means that He has known about humanity’s fate from eternity past.

What is directly ahead for this world is nothing less than a global catastrophe; or to be more precise, a series of calamitous events that will cause “the end of the world as we know it (TEOTWAWKI). 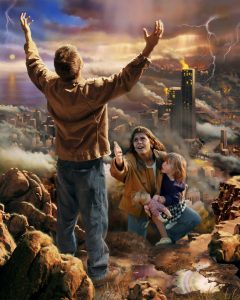 As we peer into the not-too-distant future, we will find that the “signs of the times” are those spoken of prophetically by Jesus Christ in Matthew 24 and the Book of Revelation concerning world events and his return to the earth. Even in the here and now it’s plain to see that wicked behind-the-scenes “powers that be” (i.e., satanic forces) are agressively attempting — by “any means necessary” — to impose a soulless, dictatorial, technocratic one-world government, with its spiritually degenerate one-world religion, on a morally confused and increasingly delusional global populace.

Our God is a good God who loves us and only wants the best for his children; but He is also a holy God who demands that sin be punished and put away like a filthy rag. Also, because Satan knows his time of dominion over this planet is running short, he is “pulling out all the stops” in his attempt to thwart the will of God on this earth. For these reasons, the fate of mankind at the end of the age is one of a time of trouble such as the world has never seen—just as Jesus Christ said it would be. 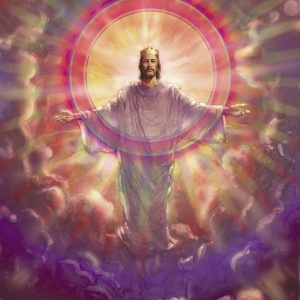 As judgment of the wickedness of a world under Satan’s grasp unfolds, we as believers are to look to the Lord for our redemption. Jesus is the blessed hope in which our future is anchored. Scripture tells us that for the unbelieving world he will come as a “thief in the night”—totally unexpected—but for us, who are his own, it will be Jesus’ promised return—the “coming of the Lord!”

Those saints (that is, his true followers) who have already died “in him” will be resurrected upon his return. At that same moment, “… in the twinkling of an eye, at the last trump…”, his followers who are alive at that time will also be taken up to be with him (1 Corinthians 15:52). In other words, the resurrection and the rapture of the saints will be at the same moment. What an earth-shattering, glorious time it shall be!

Shortly thereafter, Jesus will return with the entire entourage of his followers to rule and reign for a thousand years. His throne will be moved from heaven to earth—to a “New Jerusalem”—one that will supernaturally descend from the heavens (Revelation 21:2) and replace the earthly Jerusalem that now exists. 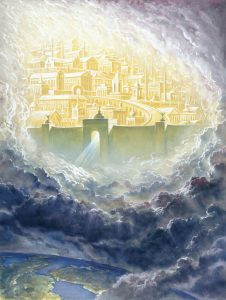 At that very moment the spiritual atmosphere of the planet will be entirely changed. It will literally be “heaven come to earth.” Satan and his minions will be totally vanquished and their power and influence over humanity will be completely terminated. From that moment forward, the capital of the earth will be the New Jerusalem—a holy place filled with God’s glorious presence. From there shalom, blessing, and righteousness shall radiate to the ends of the earth.

All of the governments of this world will have been removed and an earthly paradise will be ushered in. The planet itself will be healed. The wounds and emotional scars of the past will be erased from peoples’ memory. It will be a time of bliss and unimaginable joy. 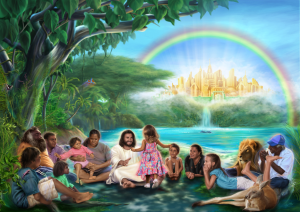 This is the glorious future God has planned for those who believe and trust in him. However, if we place our trust anywhere else we will surely find our hopes and dreams dashed on the rocks of the harsh realities that are straight ahead.

So, beloved, it would behoove us to wholeheartedly pray, just as Jesus instructed: “Let your Kingdom come. Let your will be done, on earth as in heaven!”

“For I will create a new heaven and a new earth; the past events will not be remembered or come to mind.”  (Isaiah 65:17, HCSB) 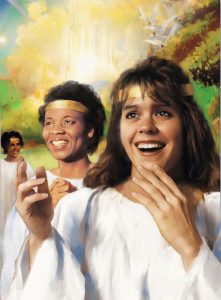 This concludes our four-part series about “God’s Everlasting Empire.” If you’re not already “on the inside” of what God is doing and want to share in the good things He has in store for those who are his own, you need to first become part of his family.

To do so, you need to humbly: 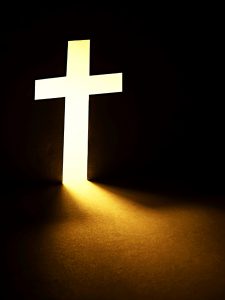 If you will do so, praying (speaking) from your heart to the Lord in faith, you will be saved—that is, “born again” and adopted into God’s family. Congratulations and welcome into the family!!

Please let us know if you’ve taken this most important step in your life. You can do so by contacting Dr. Peter at harvest.equip@gmail.com. We have a free gift waiting for you.

And for everyone, until the next time, walk in the Spirit… and be a blessing!

PS: By clicking on the following link you can experience a very touching music video that is sure to move you! “I Can Only Imagine” by the One Voice Children’s Choir: https://www.youtube.com/watch?v=acwsBIl15zM