The Lord, in his infinite wisdom, ordained for several empires to rise and fall in the Middle East during the course of history. Because God’s dealings with his people, Israel, are a main theme of the Scriptures, only those empires destined to impact the Hebrew people are included in the Bible’s prophetic panorama. For example, the empire of the Aztecs and that of the Incas aren’t included in prophecy.

Israel’s Captivity and the Rise of Daniel

The fact is, GOD, the Master, never does anything without revealing his plans to his servants the prophets. (Amos 3:7, MSG)

God reveals future events to those who love and seek after him.

An astounding example of this spiritual truth occurred several times in the life of the prophet Daniel, who lived more than 2500 years ago, at the time when the Hebrew people were being held 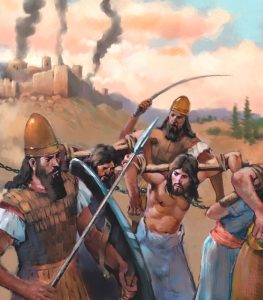 captive by the Babylonian Empire.

Because God’s chosen people continually disobeyed him, the Lord eventually removed his hand of protection over them, allowing his holy city, Jerusalem, to be sacked, and his people to be conquered and carried off in chains to Babylon.

While God’s people were held captive there, the Babylonian Emperor, King Nebuchadnezzar, had a dream one night which greatly disturbed him. In the morning, not being able to recall his dream, the king summoned his sorcerers, soothsayers and wise men to come before him to recount the dream and give him its interpretation. After they presented themselves, they were unable to meet the king’s audacious demand, causing Nebuchadnezzar to became so enraged that he decreed that all of them be put to death. 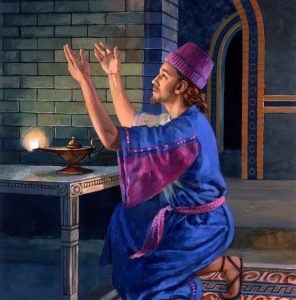 Though the Hebrew prophets hadn’t been summoned along with the others, they also were subject to his decree and faced imminent execution. Included among the Hebrews was the prophet Daniel, who, along with his friends, earnestly sought the Lord about the king’s dream. After doing so, God supernaturally imparted the dream to Daniel in a vision and gave him its interpretation as well.

So, Daniel went before King Nebuchadnezzar and recounted the dream to him: A colossal statue of a man—dazzling and awesome—had appeared to the king. 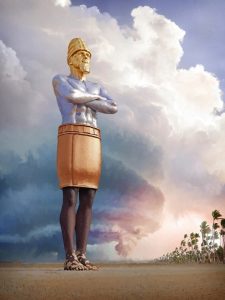 The head of the statue was gold, its chest and arms were silver, its stomach and thighs were bronze, its legs were iron, and its feet were partly iron and partly clay.

As the king was observing this tremendous figure, he saw a rock that had been taken from a mountain by an invisible hand, hurtling toward the statue, smashing into its feet, causing the entire figure to be pulverized. Its destruction was so thorough that all of it—the golden head, the silver chest, the bronze thighs, the iron legs, and the composite feet—became like chaff, which was then blown away by the wind, leaving not even a trace behind. 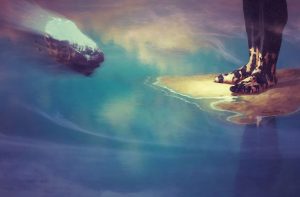 As the dream concluded, the stone began to increase in size—becoming as large as a mountain and then growing to the point that it filled the entire earth.

World History and the Global Future

The significance of the dream given to Nebuchadnezzar is far beyond natural human understanding. It provides supernatural insight not only into world history but is a key to comprehending the times in which we’re now living and what will soon be unfolding as the coming Day of the Lord approaches.

Just as Daniel explained the dream’s meaning to the king, each part of the statue symbolizes one of the powerful empires which would dominate the earth. 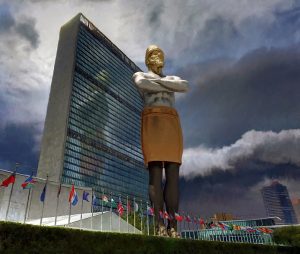 Each segment of the huge figure represents an empire: the head of gold signified Babylon and the silver, bronze, iron as well as the composite of iron and clay denote succeeding empires.

The final empire, symbolized by an inherently unstable mixture of iron and clay, typifies the age in which we’re now living—disparate people groups, ideologies, and religions—all being artificially melded together in a way that lacks enduring unity or strength. As with the other empires which have preceded it, this final stage of history is governed by false, delusional notions impelled by the forces of darkness. What distinguishes it, however, is that the endemic and irredeemable corruption of this Last Days entity leads to God’s supernatural intervention, symbolized in Nebuchadnezzar’s dream by the rock made without human hands striking the feet of the statue. 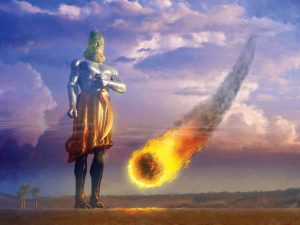 Indeed, baseness, perversity, deception and instability are all characteristic of the times in which we’re living. The extent of immorality and corruption seen throughout human society and government across the planet is nearly all-pervasive. In fact, there is ample, conclusive evidence all around us that the last system is not only upon us, it is ready for God’s judgement.

Beloved, it is later than most of us think!

Be sure to stay tuned for our next installment of “An Everlasting Empire” as we gain further prophetic insight into preparing ourselves for what is straight ahead!