God is Still in Charge
The magnificent and gracious God of the Bible is the great Architect and Maker of this world. He has left his imprint everywhere—all around us—plain to see for anyone who isn’t blinded by doubt and unbelief. 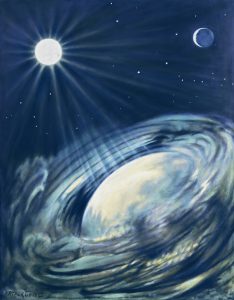 Vanity and Rebellion
In its conceit and rebellion against the Lord, humankind, for the most part, views its role on this planet in much more lofty terms than is warranted. For example, the claim that the earth’s climate is changing significantly as a result of human activity defies certain basic scientific facts—such as, just one large volcanic eruption is able to alter the world’s temperature, weather patterns and ozone layer for years—as dramatically happened when Mt. Pinatubo erupted in the Philippines in 1991. Also, regular, natural weather phenomena, such as the El Niño cycle in the Pacific Ocean, affect weather around the world far more than any regular human activity ever could. 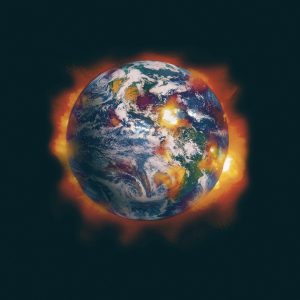 But, because people are basically egocentric, they are subject to all-too-frequent bouts of delusion and sophistry. Though the Bible warns us to not think of ourselves more highly than we ought (see Romans 12:3), that sober advice has fallen on deaf ears when it comes to most of humanity.

However ingenious or well-meaning, nearly every human endeavor reflects the foibles and sinful nature of the human race.

The Ebb and Flow of Human Empires
When any nation attempts to build a grandiose empire—as many have attempted—the ultimate result, usually just a few years (or generations) later, is failure and moral decadence. This has been the case with the mighty empires that have come and gone from the world scene over the millennia—from ancient Babylon and Rome to the present day. To be sure, the very soul of these conquering nations has been sacrificed as they violently and cruelly trampled on and pillaged other peoples and nations in the quest for supremacy. 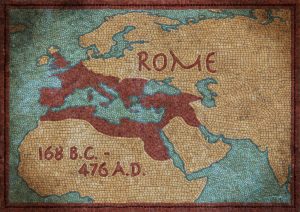 In more recent times, for example, the once “Great Britain,” whose empire stretched across the planet (said to be an empire on which “the sun never set”), is now a pathetic shadow of its former greatness, particularly in terms of morality. For the most part, “truth has fallen in the street” (see Isaiah 59:14), the moral relativity of political correctness has set in, and the British have seemingly lost their moral compass—to the point that various forms of wickedness, such as abortion and sexual perversion, are not merely tolerated, but have been elevated to a twisted, even special, status of approbation.

The American Empire which superseded that of the British is also on the wane—with its end just over the horizon. What a few years ago was called the “only remaining superpower” will soon be finding its place in the dustbin of history’s empires. The “indispensable nation” will indeed find that it does have a replacement.

The Fate of the New World Order 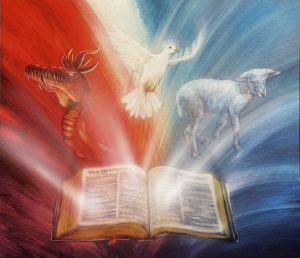 The Bible shows just where all of this is headed—including the fate of the proposed “New World Order”—which is being foisted upon the nations of the world as a suitable replacement for the declining American Empire. Its blend of an all-inclusive, pantheistic global religion, along with technological and financial control, is intended to result in a “full spectrum dominance” over humanity—with the global masters in charge, of course, “for the benefit of humanity.” It is a “Brave New World” they have in mind, one that has no place for the True and Living God of the Bible.

This is what is planned for us—but God has already revealed what He has in mind—and what the world’s fate shall be.

Stay tuned… for the second installment of “An Everlasting Empire!”