Oh, the joys of those who do not follow the advice of the wicked, who do not hang around with sinners, scoffing at the things of God. Psalm 1:1 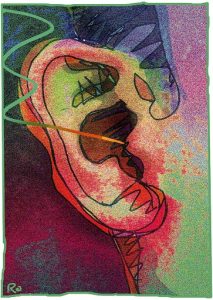 Being careful about what we listen to as well as “how” we hear what’s directed our way may seem like just good common sense to many—but, then again, if you have more than a few years “under your belt,” you’ve probably discovered that “common sense” isn’t all that common!

As the sage words the psalmist penned nearly three thousand years ago warn us, a person should always consider the source of what he or she hears and be careful about the company we are keeping.

In this modern-day world of electronic media, there is a multitude of voices around us seeking to grab our attention and offer us advice. Though many seem to be like harmless “noise,” of little consequence, nearly all extol what amounts to be the “wisdom of the world”—which is beguilingly attractive to the average person.

While the world is busily trying to mold everyone into a particular image—those who are Christian believers are called to be conformed to Jesus Christ—looking to him, doing as He says, and abiding in his presence.

The world is basically instructing all of us about what is a proper way of thinking and being, and seemingly has our “best interests” at heart, but its “counsel,”—which amounts to little more than propaganda—is, in reality, almost always pernicious. Worldly advice appeals to the carnal nature in each one of us—what “looks good” and usually seems to be the “easy way,” that is, when considered in terms of selfish interests or short-term gain. 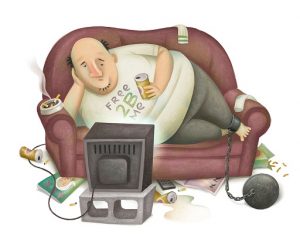 Over the years in my Christian walk, I’ve been “put off” by a superficial form of Christianity that never has a cost to it and really amounts to a free membership in a grand “bless me” club. Yes, God does bless his people on a continual basis. There are many benefits to serving him, and we shouldn’t discount or neglect them, by any means.

But, considering that there is also an enemy of our soul who seeks to destroy those of us who are following after Jesus Christ, blessings are just part of the story. The “accuser of the brethren,” the one who Jesus called “the Father of Lies,” tries to bring difficulty and persecution our way at any opportunity he can get.

That’s a part of spiritual reality—and we should accept it as such. Beloved, our blessings come with persecution (see Mark 10:30 and 2 Timothy 3:12)—it’s to be expected!

And the “counsel of the ungodly” serves one main purpose—to divert us from the destiny to which the Lord has called us.

Rather, be vigilant and be strengthened by God’s Holy Spirit.

Reject the counsel of the unbelievers who scoff at God’s holy and precious Word and who take obedience to the Lord and service in his kingdom lightly. By doing so, you will find yourself in a place of true contentment and blessing!

The blessing of the LORD makes a person rich, and he adds no sorrow with it. Proverbs 10:12