Those who receive the overflow of grace and the gift of righteousness reign in life through the One, Jesus Christ. (Romans 5:17)

Thanks be to God, who gives us the victory through our Lord Jesus Christ! (1Corinthians 15:57)

We’ve already seen that God’s grace is bestowed on us by a person—the Lord Jesus Christ. In his earthly ministry He showed a matchless ability to operate in grace without limits—for it was by grace He was able to conquer even death and hell.

Some may say, “Well, that’s fine for him, because, after all, He’s the Son of God. But it doesn’t mean much for me, an ‘ordinary’ Christian believer.” But that, my friend, is far from the truth.

The “resurrection power” on Jesus Christ defeated the power of the grave, for all-time. That makes all the difference for us who are in God’s family. Because of what He’s already done, we’re able to obtain eternal life. And yet, there is even more.

Scripture tells us that by his resurrection, Jesus became the “firstborn of many brethren.”[1] So, He is our “elder brother,” in that we who are born-again are also the spiritual offspring of our heavenly Father. As such, the same Bible passage also reveals that we’ve been chosen by God to be like Jesus and partake of his glory. Indeed, the grace of resurrection power is on us as well! 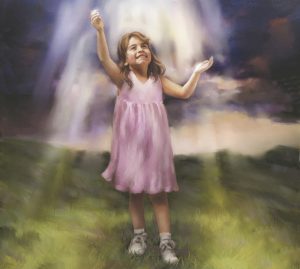 Not only will we be resurrected to everlasting glory at a future time, but we’ve also been given the power to perform mighty spiritual exploits, such as raising the dead, here in this life, just as Jesus did! It’s by faith we obtain the promises of God, and by God’s grace we rule and reign here over the power of spiritual darkness.

Jesus’ authority is now our authority. As He declared to his disciples, “All authority 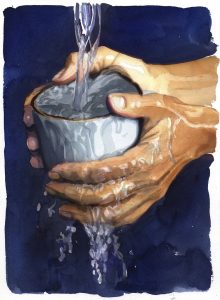 in heaven and on earth has been given to me…”[2] When He said “all authority,” Jesus meant that nothing has been left out or remains outside his dominion. That’s part of what it means to operate in “grace without limits.” And, as we’re reminded in several passages in the New Testament, God’s desire is for the grace of Jesus Christ to be with us all! Indeed, our heavenly Father intends for us to reign in life by means of the overflowing, abundant grace of Jesus Christ upon us and operating through us.

The Scriptures also reveal that we who are in God’s family have been “raised up” with our Savior and are now “seated in heavenly places with Christ Jesus.”[3] Being “seated” with him in the 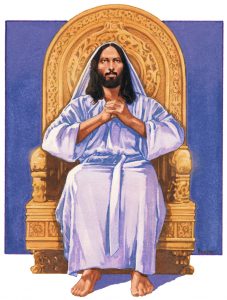 heavenlies refers to our spiritual authority in him—here and now, at this time, for “…as He is, so are we in this world.”[4] Though it may be difficult for us to fathom, according to the Word of God, we’ve been given the same spiritual authority that Jesus wielded when He walked here on earth as well as the authority He now exercises as He is seated in heaven—the “capital” of all creation! Let the truth of that spiritual reality sink in. And when you start to understand the mind-boggling implications of our being able to operate in his authority, you will be astounded!

By the power of God’s grace, we are able to transform the spiritual darkness of the world surrounding us, just as, by lighting a candle, we can dispel darkness in the physical realm. By its very nature, light overcomes darkness. Indeed, darkness is incapable of withstanding the power of light. And so it is with us who are called to be “the light of the 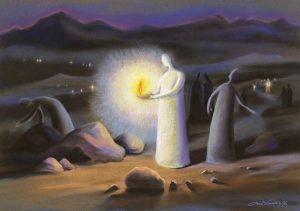 world.”[5] The light which we bear rules over the force of spiritual gloom, overcoming it by God’s grace. Yes, as the Scripture says, the greater One lives in us![6] This spiritual truth is one of the key aspects of what it means to reign in life through Jesus Christ.

On the other hand, there are many non-believers, who are either unfamiliar with the Scriptures or have rejected the truth of God’s Word, who are blind to the spiritual reality of the need for God’s grace. More than a few of these folks are preoccupied, even obsessed, with selfish ambition and pursuing affluence. They busy themselves greedily

seeking after riches, believing that if they could obtain “more” than what they already have they would become masters of their own fate, and thereby reign in life. One phrase that typifies their avaricious bent is their perverse rendering of “Golden Rule” from the Bible— namely, to “do unto others as you would have them do unto you”    — replacing it with their supposedly clever, worldly adage, “He who has the gold, rules.” Even though wealth may be the answer to a few of life’s problems, riches don’t guarantee, for example, that a person will live in health or even be able to tame an unruly household, showing that even with riches a person isn’t reigning over much of anything. Added to their conundrum, is that wealth, including gold, oftentimes proves to be fleeting.[7] Thus, for a person to live according to a value system based on such a flawed precept like “He (or she) who has the gold, rules,” is as foolish as a person who builds a sand castle on a beach close to the waves of an incoming tide.

No, as the Word of God has revealed: ruling and reigning in life is by God’s grace. As we walk in grace his favor is upon us. His grace is sufficient for our every need.[8] Our victory over spiritual darkness is guaranteed for “no weapon formed against us will prosper.”[9] As the Scripture declares, “Let God be true and every man a liar.”[10]

My friend, God’s grace is as necessary as the air we breathe. It sustains us and enables us to fulfill our purpose and destiny in life. By God’s grace we’ve been made to be “more than conquerors through him who loved us.”[11] Therein lies our victory. And by his grace we are able to reign in life!

This eighth installment concludes our series which has unveiled several key Biblical truths concerning grace. And so, until the next time, walk in the Spirit… and be a blessing!