God’s Grace Will Make a Way!

Indeed, we have all received grace upon grace from His fullness… (John 1:16) 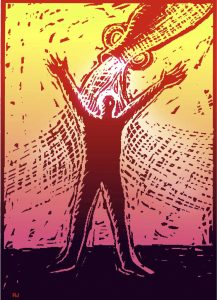 Amazingly, for those who He’s redeemed, and have been adopted into his family, the Lord has provided a generous endowment of grace. Not only do we receive his unmerited favor, but also grace by which we can live an overcoming life.

For each and every one who’s been “saved by grace through faith,” the Lord has made provision to continually “walk in grace”—and even to do the “greater works” which Jesus said his followers would be able to do (see John 14:12). Yes, God’s desire is for all who abide in him to walk in “grace upon grace!”

But, it’s clear that many of God’s spiritual offspring are ignorant and misinformed as to God’s true desire for them. As a result, far too many of God’s children operate on a spiritual level far below what He has in mind, not even knowing that He has something much better for them. Instead of being the overcomers in life that the Lord has enabled each one of us to be, they behave like “sheep to the slaughter,” passively accepting the afflictions of their enemy, Satan, who beats them down with adversity and defeat.

As a result, instead of walking in the power of God’s grace, they are like captives, adapting to the circumstances which oppress them because they view themselves as victims rather than victors—all because of their ignorance of God’s precious and holy Word! As the prophet Hosea wrote, God’s people “…are destroyed for lack of knowledge” (Hosea 4:6).

God’s grace will make a way where there is no way. It will not only transform us but will change our circumstances as well. But there is one thing we need to do: extend our faith toward our heavenly Father. When we do this, we activate his grace which is available to meet our every need. Indeed, trusting in God, and in his goodness and power, is capable of moving mountains!

On the other hand, ignorance of the magnitude of God’s grace, and his willingness to make it available on our behalf, inevitably means that the “world” will have its way with us. And, as the Scripture tells us, “Satan is the god of this world” (see 2 Corinthians 4:4), which means that we will have succumbed to being under Satan’s “thumb.” 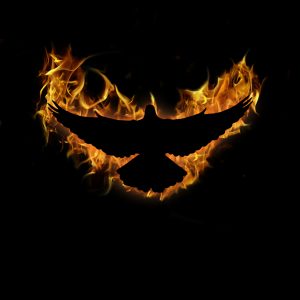 One thing is for sure: all of us need to renew our minds with the Word of God! We also have to get with God’s program—which us far above anything we could have imagined ourselves!

Meditate on the Word. Spend time in God’s presence. Put the Word in your mouth. Be inspired and motivated by the fire of the Holy Spirit.

Do these things and you live in greater grace and inexorably move toward God’s best in your life!